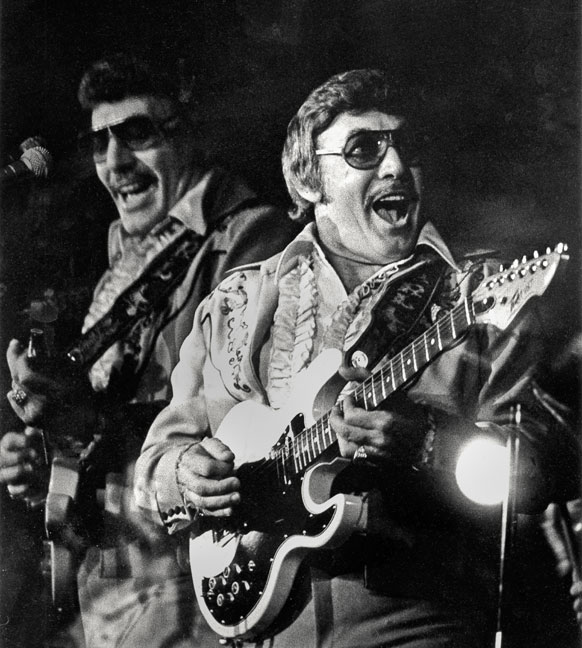 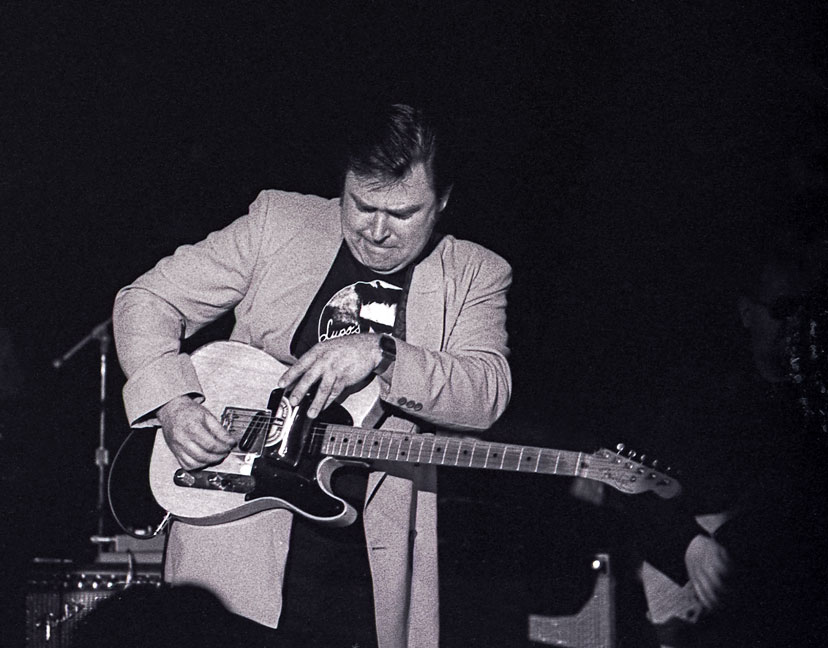 Carl Perkins is the most underrated, underappreciated hero of RocknRoll and the uncredited King of Rockabilly. Sun Records’ finest artist in my opinion. Boppin’ the Blues, Dixie Fried, Honey Don’t, Blue Suede Shoes, Everybody’s Trying To Be My Baby, Tennessee–all written by Perkins.  The records all jump off the turntable. Fluke Holland’s propulsive drumming is spectacularly enhanced by Carl Perkins’ guitar–rhythm, fills, lead all at once. Buddy Holly, Chuck Berry, Eddie Cochran, Bo Diddley and later  Jimi Hendrix are on the same Picker/Songwriter Rushmore.

I was taking guitar lessons with Bill Collins in Berkeley around 1981-82. In his early 20s, Bill was in several bands–punk, rockabilly, country–and I was lucky enough to see his bulletin board post in Leo’s music advertising lessons. Bill’s tab lesson, Cliff Gallup’s solo on  Gene Vincent’s “Race With the Devil.” in photo below cassette, a dupe from the original sound board transcription of Robert Gordon with Danny Gatton at Berkeley Square. Now known as “The Humbler,”  it is one of several cassette copies Bill Collins gave me in the early 80s. The track is “There Stands the Glass” and Gatton’s playing  is otherworldly great. Another great guitar player, Amos Garrett was at Berkeley Square and paid tribute after the show, laying the monicker “The Humbler” on Gatton. There’s a new documentary about Danny Gatton, called “The Humbler.” This recording is now out on CD. Fabo! 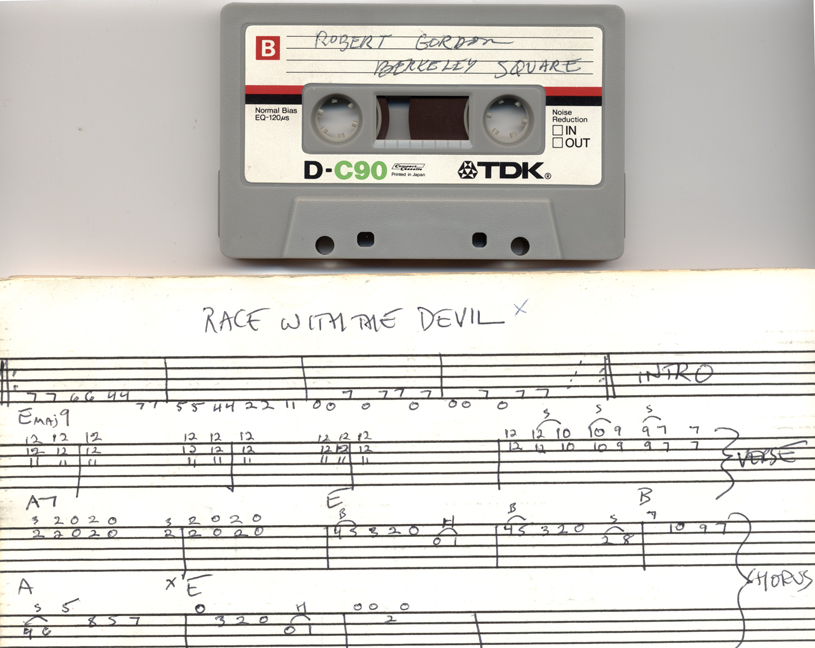 A year or two after Bill Collins laid The Humbler on me, I got to see Gatton with Robert Gordon (band also included Tony Garnier on bass and Lee Allen on tenor sax.) The opening act at San Jose Saddle Rack was Carl Perkins&Sons. The photos above were taken that night. Gordon,Gatton were so great! But so was Carl Perkins.

This show happened at the tail end of my Rockabilly days in San Francisco. Next installment of Butter Fanzine: The Bobbie Jo and the Twins Story.

Thanks for reading Butter Fanzine.