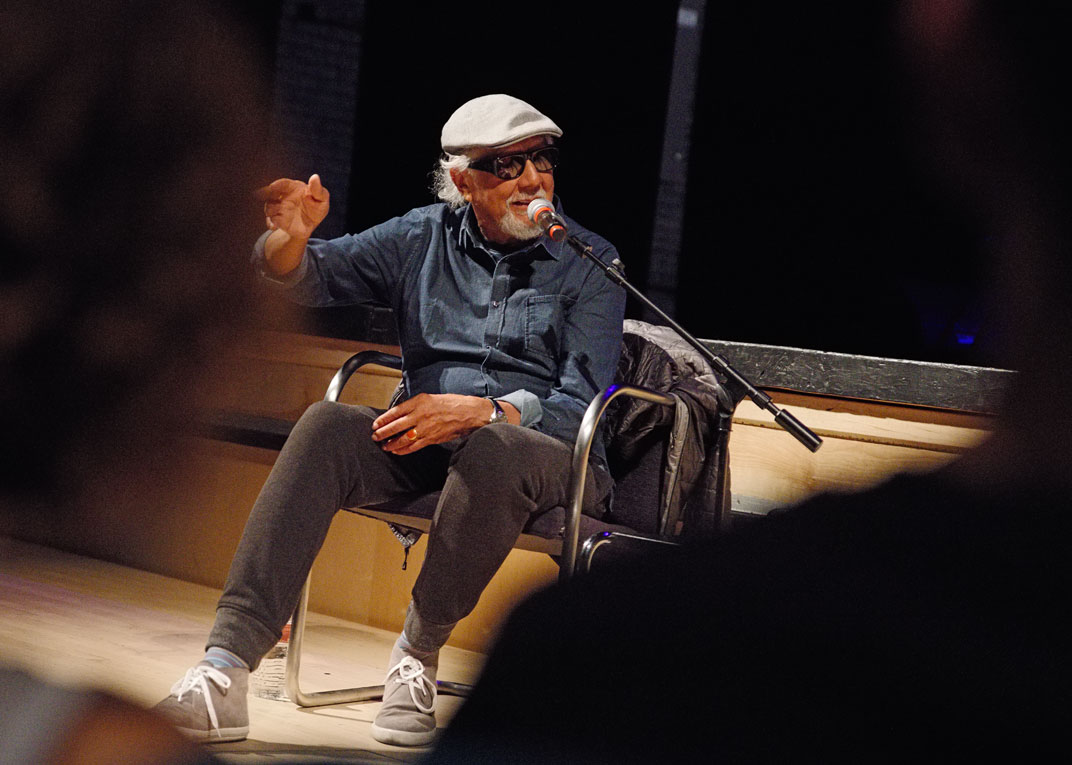 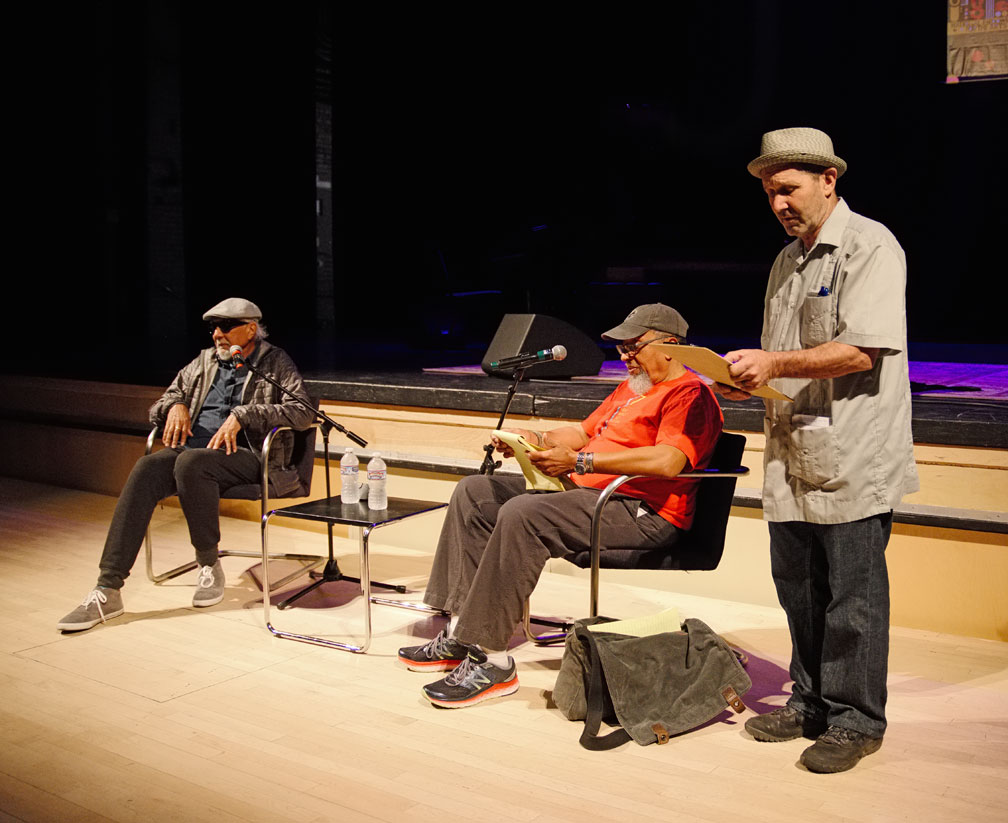 I could’ve listened to Charles talk about Memphis music for days. He is a warm, thoughtful conversationalist and A.B. Spellman was a great interviewer. I’ll remember this conversation fondly from here on out.

The Charles Lloyd Quartet concert that followed in the evening was very special. Preceded by a short film about Judith McBean by Dorothy Darr, Charles Lloyd’s wife. McBean was a friend and patron. The film was a tone poem tribute with poetry and music by Charles and the Quartet. The concert was dedicated to Judith McBean.

I’m not a jazz critic by any stretch but I’ve been a fan of Charles Lloyd since 1967 when I saw the Lloyd quartet with Jack DeJohnette, Ron McClure, Keith Jarrett at the Fillmore in San Francisco. That concert became the Atlantic LP “Love-In” which, along with Lloyd’s previous album ‘Forest Flower,’ live at the Monterey Jazz Fest, 1966, are constantly rotating on the Rancho Mantequilla turntable. Charles’ recent album with Bill Frisell, Greg Leisz and his current rhythm section, Rogers and Harland is on my iphone playing in the car.

I hadn’t seen Lloyd live since 1967. The concert at the Lensic was a joy. The band was just astonishing. Charles playing is fantastic, especially considering his advanced age. No music critic but a deep appreciator, I left the Lensic with a big smile on my face. Met my old friend, pianist and flute player, Arnold Bodmer , who also wore a big smile. Great night in Santa Fe. 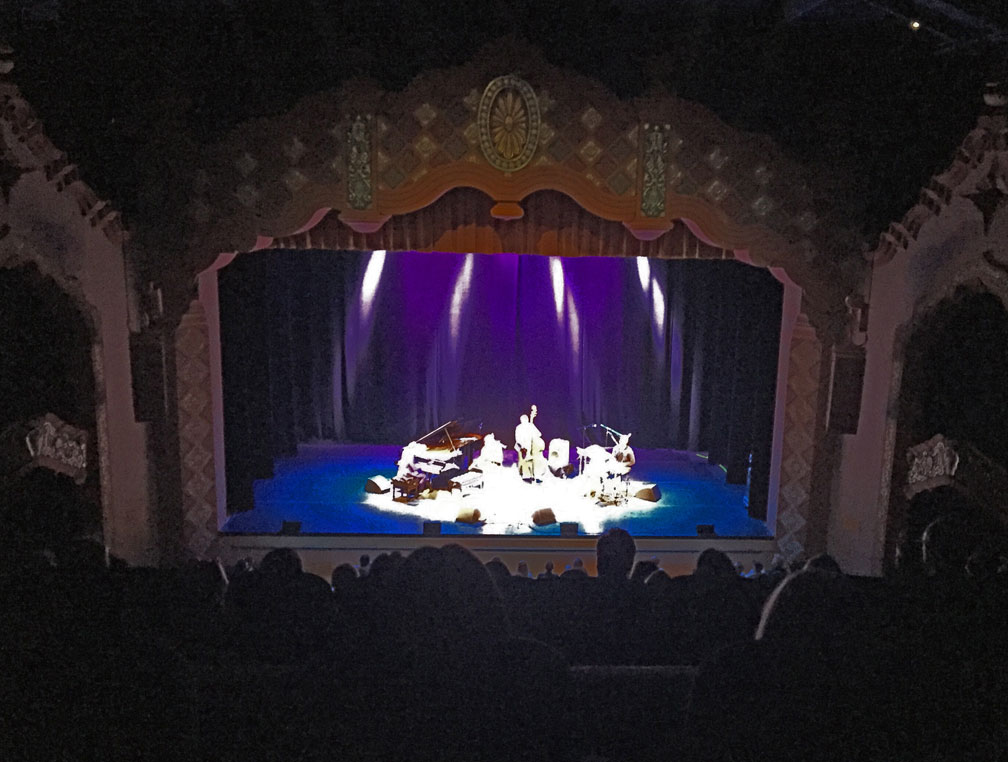 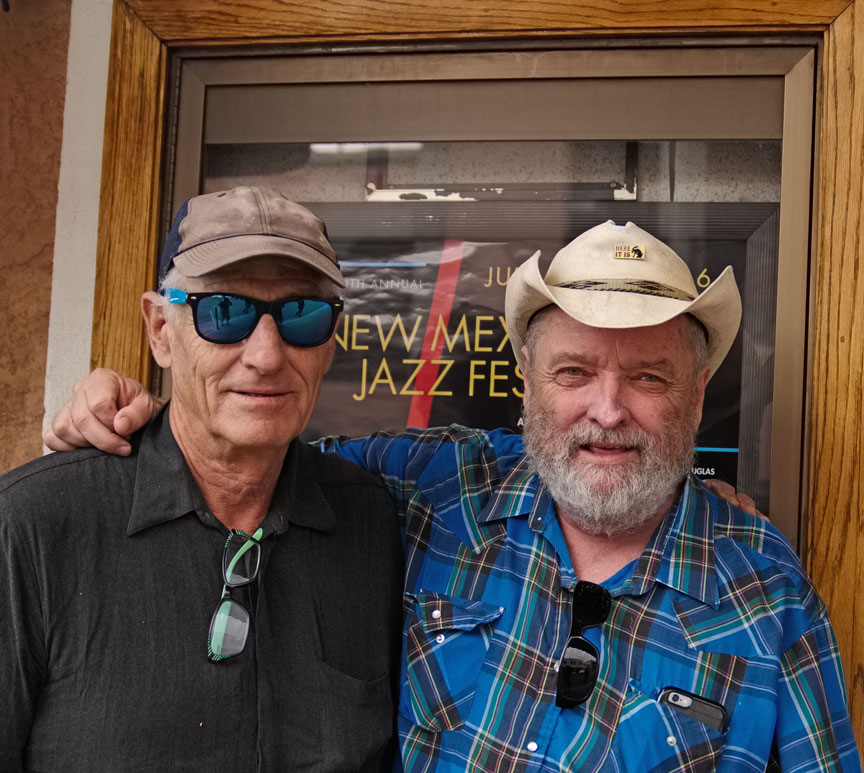 Arnold Bodmer and me, Lensic Theater, Santa Fe. My former bandmate and great friend since 1968.