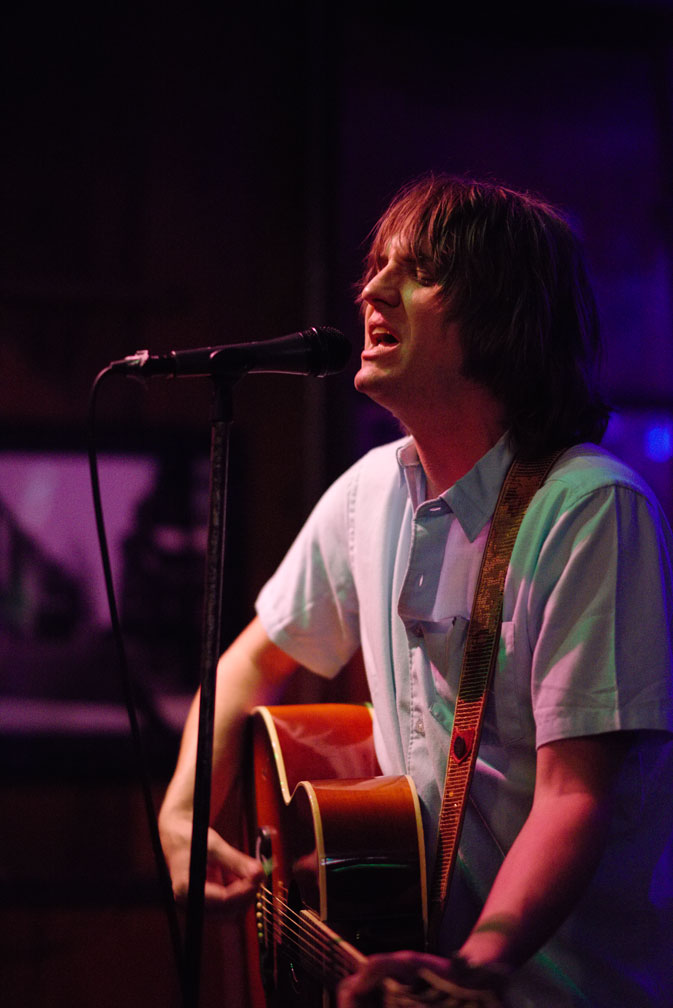 Whelan opened solo with acoustic guitar. No disappointment for fans who know him as a supremo sideman with Dwight Yoakam, Mike Stinson, John Fogerty. Whelan is a gifted singer with grand high tenor pipes. From covers like “What Made Milwaukee Famous” to great originals like “Sucker Punch” from ‘Sugarland’–now playing at Rancho Mantequilla. Able to drive the material with finesse and punch on his jumbo acoustic, Brian had the Cinema jumping.

Hollywood’s finest were on hand for Don Heffington. Everybody knows Don as a killer drummer but maybe not so well known is the singer songwriter behind the drum kit. With awesome backing by Sebastian Steinberg and Tim Young, Heffington was joined on many of his songs by a sing-along chorus at the Cinema. “John Coltrane on the Jukebox” to “Seeds on the Hard Ground” co-written with Tom Waits. For me the topper was Don’s rendition of Allen Ginsberg poetry from “Planet News” to a groovy backbeat from Steinberg and Young. Don appeared to be enjoying the frontman gig with no drums in sight. I certainly enjoyed the show and now digging the CD. Highly recommended.